Two of the most respected and successful Internet Marketers, Norwich-based Richard Skelhorn and Alex Holt founded Mandalay Media Group in 2000. From 2000 until 2008, Mandalay operated affiliate portals like CasinoChoice & BingoSocial. Casino Choice focused on driving traffic to the world’s largest Internet Poker and Casino Brands and achieving a huge market share. Anyone even remotely familiar with playing online games will recognize the name Casino Choice, as they are one of the few portals who advertise on the tele. They also owned a site called tournaments dotcom, which allowed online gamers to create and join tournaments played on the Internet via this free subscription-based website. In 2009, Mandalay decided they wanted to expand their portfolio and the decision was made to become a gaming Operator/provider.

Intertain Group Limited has bought out all Mandalay Media Limited bingo sites, which include all of the bingo sites listed below with the exception of bgo. We are comfortable with Intertain Group, as they have a long, player-friendly track record through their casino and poker brands. Intertain Group is the brand behind the likes of Inter Casino, Inter Poker, & CryptoLogic. 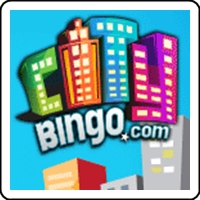 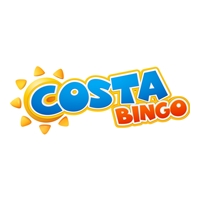 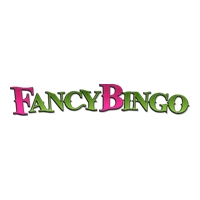 18+ new players only. Offer valid until further notice. Minimum deposit £10. Maximum amount of tickets is fixed at 120. Tickets will be awarded to 4 specified rooms only, 30 tickets per room. Max 6 tickets per game. Winnings in real cash. Deposit balance is available for withdrawal at any time. General withdrawal restrictions. Full t&c apply.

18+, 1st time depositors only. Offer valid until further notice. Minimum deposit £10. Maximum amount of tickets is fixed at 120. Tickets will be awarded to 4 specified rooms only, 30 tickets per room. Max 6 tickets per game. Winnings in real cash. Deposit balance is available for withdrawal at any time. General withdrawal restrictions & Full t&c apply.

2009 saw the launch of the award winning online bingo site Costa Bingo – Home of Free Bingo and the UK’s biggest ever Jackpot. Costa Bingo is now a household name in the UK and has over 10,000 unique players visiting the site daily. When Mandalay Media launched Costa Bingo, the site was started on the concept of providing free bingo games. At the time, this was the most successful launch of a bingo site to date, as Costa Bingo went from nothing to a household name in what seemed to be overnight. Costa Bingo was launched using Brigend Limited’s bingo software and services. This meant that Costa Bingo was able to tap the power of the Dragonfish software with their own unique spin and vision.

Mandalay followed their successes with Costa Bingo up in 2010 with the launch of Sing Bingo. This bingo site offering huge cash winnings, unusual memorabilia, and music orientated prizes. It was clearly designed to capitalize on the world’s passion for music and bingo. Like Costa Bingo, Sing Bingo used Brigend’s bingo software to operate their games.

2011 was an incredibly busy, yet exciting year for Mandalay Media Group. Both City Bingo and Fancy Bingo were launched using Brigend Limited’s Dragonfish software and then in June, Mandalay Gaming Limited shocked the world, as XBingo was introduced as the “next best thing” of online bingo. XBingo is now Mandalay’s landmark brand, as it uses its own proprietary software (bingo software that Mandalay developed “in house”) and offers the player a unique experience. In October 2012, the XBingo software is set to be upgraded. The new software will make its debut exclusively on the newly launched BGO Bingo and will include expansions into sports betting, as well as even more casino games, slots, and instant games in addition to their great selection of bingo games.

This is an exciting time for Mandalay Gaming and this privately held Norwich based company is definitely one to watch in 2012! In addition to their Norwich based offices, Mandalay Gaming Limited has an office situated in the Isle of Man. This is largely in part due to licencing issues, as XBingo is licenced by the Isle of Man Gambling Supervision Commission, which is an EU and UK Gambling Commission approved licencing agency. The other Mandalay bingo sites are licenced in Gibraltar through Cassava Enterprises’ licencing and oversight services.

As an editor’s note, we find that virtually everything Mandalay does or offers turns to gold. They are clearly in tune with the demands of their markets and all of their successes ranging from their initial launch of Costa Bingo on through their development of XBingo demonstrate exactly that. In our opinion, there is no company that is positioned better for success in the entire industry than Mandalay Gaming Ltd is. Their innovative ideas, games, and prizes are certain to make bingo players happy regardless which of the Mandalay bingo sites you choose to play.